All About Psychic Mediums 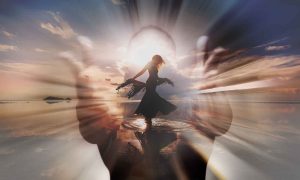 The word “medium” is often used when discussing psychic abilities. It often comes up when talking about communication with the spiritual realm. Traditionally, mediums are people who communicate with others who have passed.

Mediums receive communication from the spiritual realm in several ways. Some receive information intuitively. Words and images appear to them as mental impressions, which they relay to the living. Some mediums experience actual auditory input or perceive actual images of the messages.

People who regularly communicate with spirits often find that the dead are quite the chatty crowd! When they have something they need to tell you, they’ll make certain you’re told. What you decide to do with the information from them is up to you. But many of mediums feel like somebody’s dead grandma is screaming right into their ears, and if they don’t receive the message and share it with you, she won’t ever shut up.

During a seance, a medium will act as the conduit through which messages are passed from the spiritual realm to the guests that are present. Some mediums enter into a trance-like state, while others remain completely lucid and fully awake while receiving the messages and passing them along. Sometimes, especially if a group of relatively magically-aware people has assembled for the seance, messages may come through all over, in no semblance of order. This feels like the spiritual realm’s version of a chat room—everyone gets bombarded with information from all sides.

Even people who aren’t trained as mediums can receive communication from the spiritual realm. Seilah, a former skeptic from Iowa, reports that she doesn’t regularly receive messages from spirits.  “But one day when I was with a friend, I suddenly knew, as clear as day, that I needed to tell her that her grandma wanted her to go home,” Seilah said. “When I told her, she told me that all four of her grandparents had passed.”

But the friend called home anyway to make sure that everything was okay. “She found out that her brother had been injured at work, and was being rushed to a hospital. I don’t know why my friend’s grandma picked me to pass her message along,” Seilah said.  “Nothing like that has ever happened to me again.”

We’ve recently witnessed the appearance of “celebrity mediums”—people that are famous simply because they’re mediums. This has led, in turn, to some fairly intense scrutiny of other people who claim to possess mediumship abilities. People like Theresa Caputo of the TLC television series “Long Island Medium,” and Allison DuBois, on whom the hit television show “Medium” is based, are often criticized for exploiting their clients’ grief. Even worse, some are accused of being outright frauds.

As with other metaphysical practices, there simply is no scientific method for proving or disproving the presence or the absence of psychic abilities.

Reading with a Medium

Have you decided to seek the services of a medium? If so, there are several things you need to keep in mind to make sure you have the best experience possible.

If you’d like to explore your own mediumship gifts and abilities, there are ways to practice and develop them. Mediumship is just one among many different kinds of psychic abilities. Others include intuition, clairvoyance, and empathy.

Medium 888 Blog Moderator
Previous Is Your Psychic or Medium Genuine?
Next Communicating with the Dead 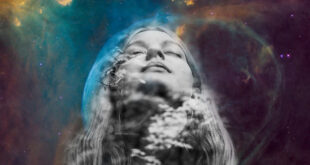 Different Types of Psychic Mediums and What They Do