GHOSTS; Do They Really Exist 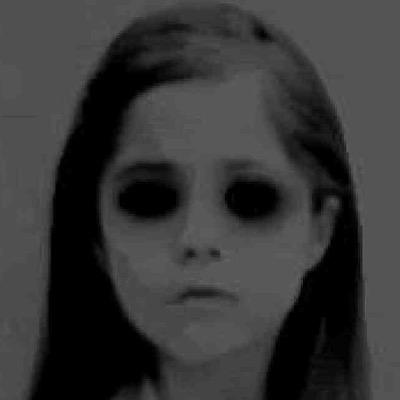 It wasn’t until the past decade where ghost hunting became a widespread interest around the world and despite the modern civilization.. many are still looking for them.. afraid of them and believing that they exist but do they?

Actually, much of this phenomena if you may call it is due to Syfy cable TV’s hit series “Ghost Hunters,” now in its 10th season of not finding good evidence for ghosts. The show spawned several spin-offs, including “Ghost Hunters International” and “Ghost Hunters Academy,” and it’s not hard to see why the show is so popular: the premise is that anyone can look for ghosts. The two original stars were ordinary guys (plumbers, in fact) who decided to look for evidence of spirits. Their message: You don’t need to be an egghead scientist, or even have any training in science or investigation. All you need is some free time, a dark place and maybe a few gadgets from an electronics store. If you look long enough, any unexplained light or noise might be evidence of ghosts.

The idea that the dead remain with us in spirit is an ancient one, and one that offers many people comfort; who doesn’t want to believe that our beloved but deceased family members aren’t looking out for us, or with us in our times of need? Most people believe in ghosts because of personal experience; they have seen or sensed some unexplained presence.

The science and logic of ghosts

Personal experience is one thing, but scientific evidence is another matter. Part of the difficulty in investigating ghosts is that there is not one universally agreed-upon definition of what a ghost is. Some believe that they are spirits of the dead who for whatever reason get “lost” on their way to The Other Side; others claim that ghosts are instead telepathic entities projected into the world from our minds.

Still others create their own special categories for different types of ghosts, such as poltergeists, residual hauntings, intelligent spirits and shadow people. Of course, it’s all made up, like speculating on the different races of fairies or dragons: there are as many types of ghosts as you want there to be.

There are many contradictions inherent in ideas about ghosts. For example, are ghosts material or not? Either they can move through solid objects without disturbing them, or they can slam doors shut and throw objects across the room. Logically and physically, it’s one or the other. If ghosts are human souls, why do they appear clothed and with (presumably soulless) inanimate objects like hats, canes and dresses — not to mention the many reports of ghost trains, cars and carriages?

If ghosts are the spirits of those whose deaths were unavenged, why are there unsolved murders, since ghosts are said to communicate with psychic mediums, and should be able to identify their killers for the police. And so on; just about any claim about ghosts raises logical reasons to doubt it.

Ghost hunters use many creative (and dubious) methods to detect the spirits’ presences, often including psychics. Virtually all ghost hunters claim to be scientific, and most give that appearance because they use high-tech scientific equipment such as Geiger counters, electromagnetic field (EMF) detectors, ion detectors, infrared cameras and sensitive microphones. Yet none of this equipment has ever been shown to actually detect ghosts.

Other people take exactly the opposite approach, claiming that the reason that ghosts haven’t been proven to exist is that we simply don’t have the right technology to find or detect the spirit world. But this, too, can’t be correct: Either ghosts exist and appear in our ordinary physical world (and can therefore be detected and recorded in photographs, film, video and audio recordings), or they don’t. If ghosts exist and can be scientifically detected or recorded, then we should find hard evidence of that — yet we don’t. If ghosts exist and cannot be scientifically detected or recorded, then all the photos, videos and other recordings claimed to be evidence of ghosts cannot be ghosts. With so many basic contradictory theories — and so little science brought to bear on the topic — it’s not surprising that despite the efforts of thousands of ghost hunters on television and elsewhere for decades, not a single piece of hard evidence of ghosts has been found.

Many people believe that support for the existence of ghosts can be found in no less a hard science than modern physics. It is widely claimed that Albert Einstein suggested a scientific basis for the reality of ghosts; if energy cannot be created or destroyed but only change form, what happens to our body’s energy when we die? Could that somehow be manifested as a ghost

While amateur ghost hunters like to imagine themselves on the cutting edge of ghost research, they are really engaging in what folklorists call ostension, or legend tripping. It’s basically a form of playacting in which people “act out” a legend, often involving ghosts or supernatural elements. In his book “Aliens, Ghosts, and Cults: Legends We Live” (University Press of Mississippi, 2003) folklorist Bill Ellis points out that ghost hunters themselves often take the search seriously and “venture out to challenge supernatural beings, confront them in consciously dramatized form, then return to safety. … The stated purpose of such activities is not entertainment but a sincere effort to test and define boundaries of the ‘real’ world.'”

If ghosts are real, and are some sort of as-yet-unknown energy or entity, then their existence will (like all other scientific discoveries) be verified by scientists through controlled experiments — not by weekend ghost hunters wandering around abandoned houses in the dark late at night with cameras and flashlights.

In the end (and despite mountains of ambiguous photos, sounds and videos), the evidence for ghosts is no better today than it was a year ago, a decade ago or a century ago. There are two possible reasons for the failure of ghost hunters to find good evidence. The first is that ghosts don’t exist, and that reports of ghosts can be explained by psychology, misperceptions, mistakes and hoaxes. The second option is that ghosts do exist, but that ghost hunters are simply incompetent. Ultimately, ghost hunting is not about the evidence (if it was, the search would have been abandoned long ago). Instead, it’s about having fun with friends, telling stories, and the enjoyment of pretending to be searching the edge of the unknown. After all, everyone loves a good ghost story.