Home / Psychic Mediums / What Can Shadow People Do To You?

What Can Shadow People Do To You?

Are afraid of ghost? Not thrilled to meet an alien? What about shadow people? Have you heard of them?  If not, you are not alone. In a world full of unexplained phenomenon, there are many that we simply don’t talk about that often, and some we haven’t even heard of through mainstream media.

Shadow people appear like dark silhouette shadows of humans, and you may see them in various places throughout homes and buildings. They are known to be secretive about being seen, and if they feel you are trying to catch a direct glimpse of them, they will quickly move within the walls or skip to another room in the house.

Now before you go looking around your house and searching for shadow people mid-day, they are reportedly witnessed during the darker night hours, just hiding in corners, walls and hallways. People of all ages have seen this type of phenomenon, which can leave them a bit shook up or curious to know more.

The number one thing to look for when trying to catch a sneak peek at shadow people is that they appear as thick, dark matter. Even in a dark room you would be able to see their distinct dense shape stand out. Shadow people can choose which form they want to “shadow” in, whether it is a ghost-like shape or an animal. People have described them as tall shadows with dark hoods, human-like, animal-like and a variety of other formations. There isn’t any point in trying to shine your flashlight through them as their dense structure prevents the light from passing through.

What Is Their Purpose?

Shadow people have been known to follow humans around and just linger, sometimes even watching us as we sleep. Sounds a bit creepy, doesn’t it?  They seem to be harmless, like household insects, and disappear when spotted and bolt to another area of a house, barn or building. Some people have described shadow people as entities who have passed on and are now spirits. But they are thought of as spirits that did not accept the light when offered, leaving them to linger on earth with us.

So what are they? No one knows exactly. A few sightings of them may put you in a place of questioning your sanity.  Shadow people are famous for being quickly spotted from the corner of the eye, so there is always that question of whether or not the lights are acting up or whether your eyes are just playing tricks on you.

Lately, there have been more and more sightings where people see them directly and face-to-face. Some individuals have reported that they have seen them with yellow or red eyes before they quickly dart away to another room or slide into a wall.  Some have also felt the presence of evil when they show themselves or right before they catch a glimpse out of the corner of their eyes, therefore, assuming they are of demonic nature.

Is this how aliens are walking among us? You can question every viewpoint, but the answer remains that there is not one piece of solid scientific evidence of what shadow people truly are and what they are looking for here on earth.

Medium 888 Blog Moderator
Previous A Loved In Heaven Waves Hello
Next Is There A Good Or Bad Spirits Around You Now? 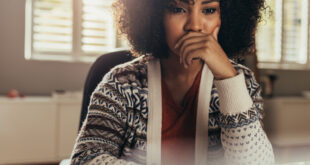 When A Medium Says Someone is Going to Die